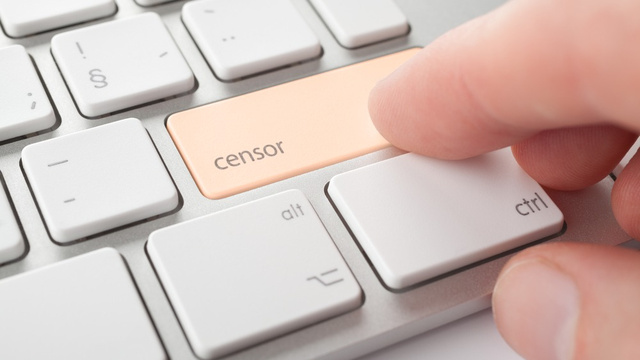 Internet is the most open form of communication. However, it is coming to restricted by more and more countries such as China, India, Russia and even the USA to some extent now. Some countries like North Korea have always restricted its citizens from using the internet and expressing their opinions openly. Internet censorship is actually not all new to the internet, it has started as soon as the web has made its way into the world.

As early as 1991, a study has been started by Singapore National Computer Board to control the immense power of information technology in the favor of national development.

From its nascent stage, China has been quite conscious of the massive power of the internet. Taking a hint from Singapore, China has introduced some control over the internet. Later on, further stricter rules have established. Certain newsgroups have been give access for the Usenet only such as COMP and SCI newsgroup. There are only a few internet providers that are approve by the Chinese government. Filters are use to prevent pornography, gambling and other forms of degenerate content. In addition, restrictions are see with cultural as well political content.

“Document Number Nine” is a white paper from 2014 which is a secret directive to control the media and internet. However, it is leak and international media have got a glimpse of how China has been censoring the internet. Human and technology censorship is done vigilantly to keep an eye on. As many as 642 million internet users which is also 22% of the internet-using population of the world.

Internet censorship is operate vastly by Beijing. It is often recognize as the ‘Great Firewall of China’. Sensitive content is block by the government routinely. Lots of resources are being use by China in order to censor the world of the internet.

Due to internet censorship, businesses have to heed the cue and stay aware of the pitfalls to prevent business losses. If you choose to do business in China, for whatever reason, you have know where the line is drawn and how your business may affect by government restrictions. For this reason, dedicate services such as Goclick China has been create to cater the need for companies doing business in China. They conduct testing for China websites and mobile apps to help business operators understand how they perform in China and what they need to do to satisfy the needs of Chinese consumers.

Recently, India has introduced some rules to censor the Internet also. The government has been keeping technology companies and news services under surveillance. Lots of censorship demands have arisen also.

The Indian government has been compiling these rules for internet censorship for years. However, it has come into force in the midst of farmer’s agitation in India from the middle of 2020.

Several tech companies such as Twitter and Whatsapp have been order to furnish the data whenever the government asks for it. Even Twitter’s office in India was raid to send a signal to these internet giants that it’s my way or no way.

Tightening its control over the internet, Russia has also expanded its law on censorship. These new laws can consider harsh from Western standards, but Kremlin considers it necessary to curb “fake news” and information harmful to its sovereignty. Using filters, content is being block automatically. Instead of relying on the service providers, the government has been taking the charge.

Russia has been on the forefront of internet censorship, both in terms of technology and in mobilising manpower to prevent the population from harmful information.

The United States is always known for giving importance to freedom of speech. However, some internet censorship has been practice by the government during President Donald Trump’s tenure. Clean Network Initiative has been introduce to safeguard sensitive documents. Untrusted PRC smartphones and apps have been block and remove also.

Technology giants such as Google, Facebook and Twitter have all been involve in stepping up censorship of the internet and social media in particular with a view to weed out fake news and dubious information. But there is no legal framework that defines how much or how little these tech companies should do to keep their platforms sain and secure without infringing on people’s rights to freedom of speech.

When the US falls into this rabbit hole of internet censorship. It loses the moral high ground to point fingers at other nations for protecting their own citizens from harmful influence.

Therefore, it can seen that internet censorship is being practice in most parts of the world in the name of security. However, it has been certainly restricting people to practice freedom of speech. As a double-sided sword, it protects on the one hand but also restricts on the other.